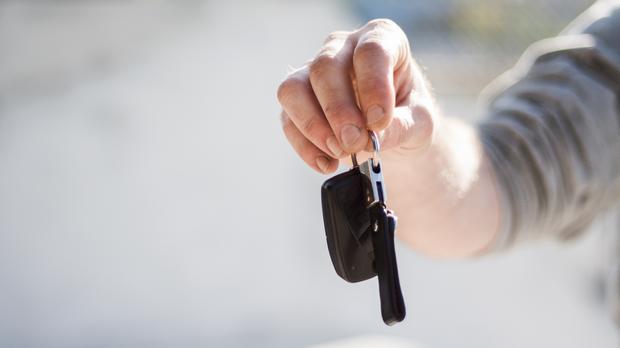 Lookout for upfront costs when buying a car.

The cost of buying a car can come with some nasty, unexpected upfront costs. The NCR has issued compliance notices against VWFS and BMW financial Services, challenging upfront costs which include on-road fees.

In October, the regulator acted, issuing a compliance notice against Volkswagen’s finance house, VWFS, for on-the-road fees, three weeks after it had issued a similar notice against BMW Financial Services for padding the costs of its vehicles, and ordered it to refund customers.

In announcing the compliance notice, the regulator said it was taking action against VWFS for charging consumers an on-the-road fee, administration fee and handling fee on credit agreements.

“These fees are not permitted to be charged on credit agreements by the NCA. The Act allows consumers to be given a quotation which sets out the cost of credit, before signing credit agreements. Consumers should request this quotation from their credit providers so that they can properly check the cost of credit that is being offered,” said Nomsa Motshegare, the chief executive of the NCR.

“The NCR will continue to conduct industry-wide investigations on the cost of credit, to root out illegal charges and fees that consumers are charged. Credit providers are reminded that it is a criminal offence to charge consumers fees and charges that are prohibited by the National Credit Amendment Act of March 2014.”

Both manufacturers plan to take up the matter of upfront costs with the National Consumer Tribunal.

Despite these compliance notices and the fact these types of upfront fees are illegal, dealerships are still routinely adding them onto sales, according to a new book, Eff You Very Much – how you are screwed by dealerships and banks when buying a car. It’s an unsavoury title for a sordid tale.

The authors, Crystal Slabbert and John Titmus say they were alerted to the illegality of most on-the-road fees when listening to a radio show while on holiday. When they returned to their respective homes in Port Elizabeth and Jeffreys Bay, the citizen journalists started conducting their own research and realised the practice was rife in the industry.

Under the NCA, allowable “extras” include initiation fees, fuel, delivery costs, extended warranties, and licence and registration fees, but dealerships were boosting credit agreements with additional commissions and costs for “gifts”, such as flowers and key tags, and cleaning, which are prohibited.

According to the NCA and the Consumer Protection Act, the only fees that dealerships are allowed to charge for are registration, licensing, number plates and fuel. They are not allowed to make any profit on third-party add-ons, such as vehicle protection products.

“These illegal fees they are charging range from R2 500 to R9 000. Included in these fees you will find pre-delivery inspection (which the factory is billed for), key rings, your bottle of champagne, backing plates (which they advertise on), removing the vehicle from the truck, on-the-floor parking, creating an invoice, among other things. These are all running costs that the dealership should carry, but are simply passed on to the consumer,” Slabbert says.

They found instances where the dealership charged R4 200 for smash-and-grab window protection, whereas the actual price is R1 400.

“We are busy working on a class-action lawsuit, where we will fight to get customers their ‘illegal’ costs back. It’s on a no-win, no-pay basis, so anyone interested in joining the suit has nothing to lose.”

Costs ‘can be paid upfront’

Avitha Nofal, the senior legal adviser at the Credit Ombud, says: “On-the-road fees generally include costs such as registration and licence fees, petrol, pre-delivery checks, the certificate of road-worthiness and valet costs. These are costs that consumers may elect to pay for upfront.

“The NCA sets out that credit providers must disclose and explain the total cost of credit to consumers and prohibits credit providers from charging credit fees or charges that are prohibited by the Act.

2 thoughts on “Car prices: what you see is not what you pay”